Masia Barthomeus has an extension of 30 Ha. and is situated between 28 and 50 m. above sea level.

Its surface is covered by vineyards, olive trees, carob trees, Mediterranean forest of Alepo pines, Kermes Oak and with an important amount of palmetto and some American aloes. All together is like an island of green in the middle of an urban zone which becomes a fauna refuge against man’s pressure.

In 2001 we had been sensibiliser against the progressive degradation of our surroundings and with the aim of preserving its biodiversity, we obtained for that an extension of 50 Ha. to be declared REFUGE OF WILD FAUNA ,that is to say, a natural protected zone, by the Department of Environment of the Generalitat de Catalunya.

In 2012 we began to turn all culture into ecological growing, under CCPAE (Catalan Council of Ecological Protection).This culture excludes all sorts of chemical treatment (herbicides, pesticides, and fertilizers) which damage our fauna too, in order to keep an ecological balance. 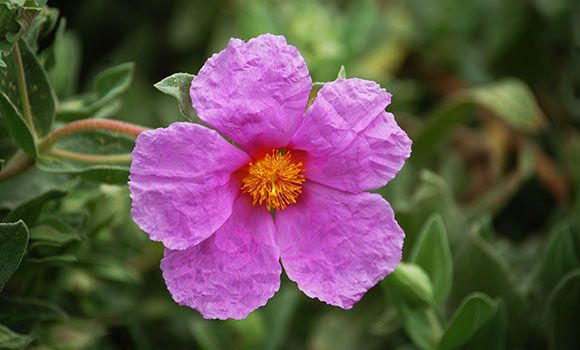 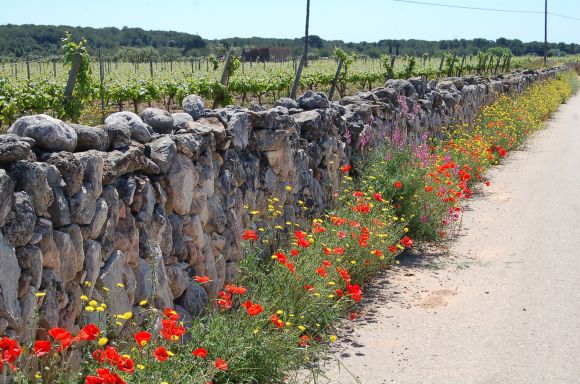 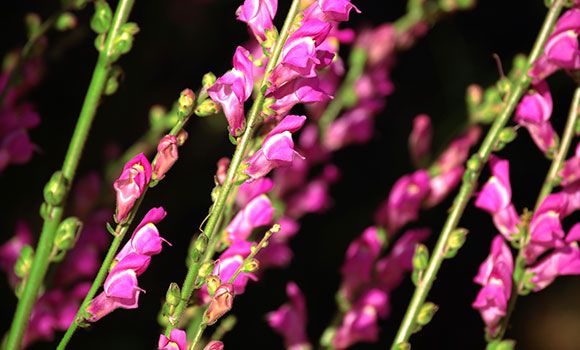 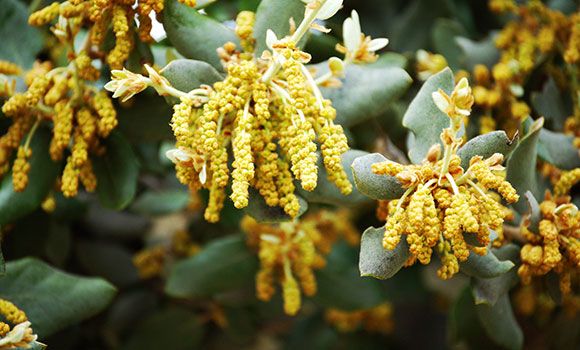 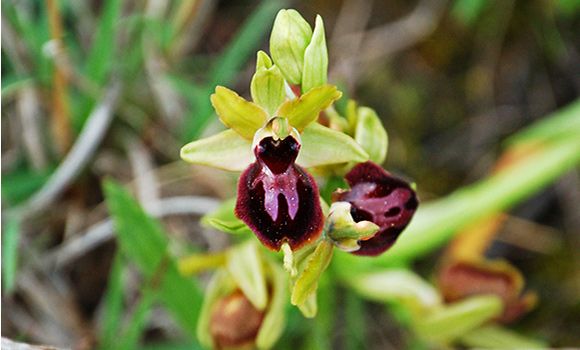 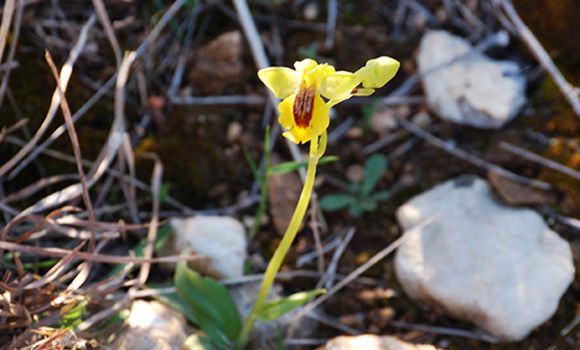 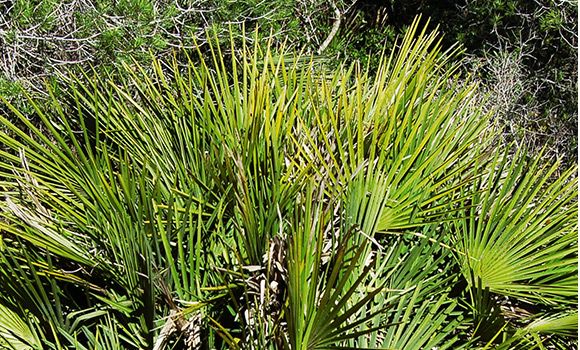 The flora can resist the climatic conditions of our dry summer.

The Mediterranean forest is dominant. Aleppo pines are abundant but you can find holm oaks and wild olive trees.

The undergrowthis compact, thick and thorny with bushes of hard leaves as the palmetto, the Kermes Oak, the mastic tree, the rockrose and the sarsaparille. These predominate together with the palmetto, the unique European palm tree, and the American agave.

In springtime, the aromatic plants like lavender, thyme, rosemary and wild orchid blossom and in winter the heather flowers. 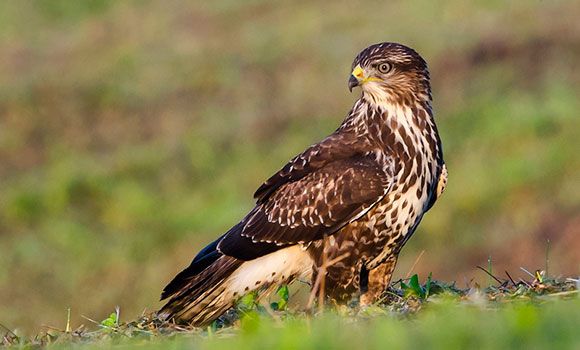 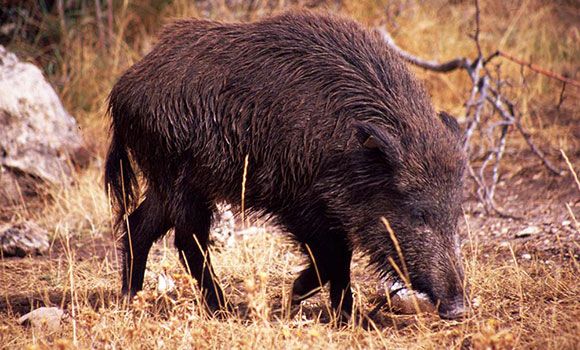 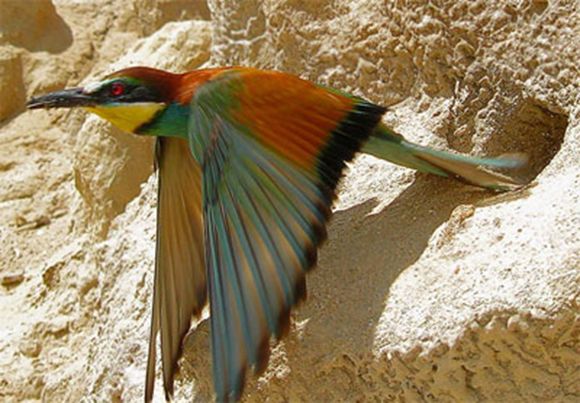 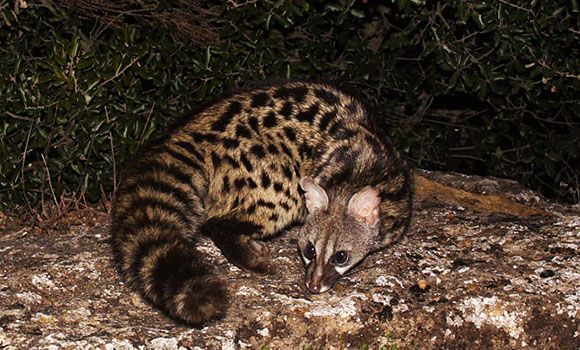 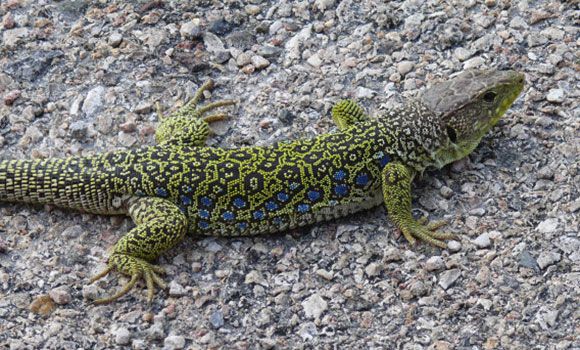 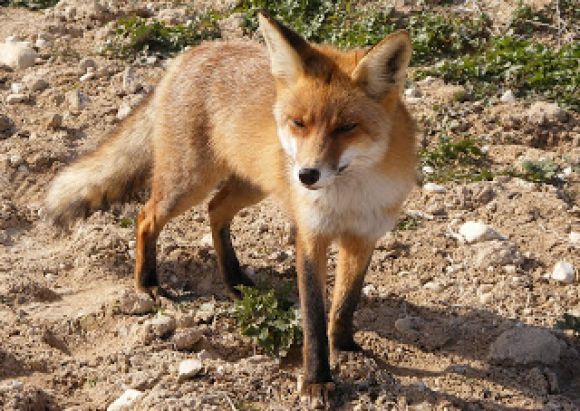 There is a great number of animal species specially insects, birds and some little mammals, reptiles and amphibians, many of them are native species protected by law.

It is also a refuge for two species of lizards: the ocellated (Lacerta lepida) and the green one(Lacerta viridis), and migratory birds like hoopoes (Upupa epops), bee-eaters (Merops apiaster), swifts (Apus apus) and swallows (Hirundo rustica).

We keep a pond, used as a watering place during the dry season where you can see different kinds of water snakes (Natrix natrix) smooth snakes (gen. Coronella) and ladder snakes (Elaphe scalaris) and amphibians like western Spadefoot (Pelobates cultripes), and the common toad(Bufo bufo) and different sorts of frogs. 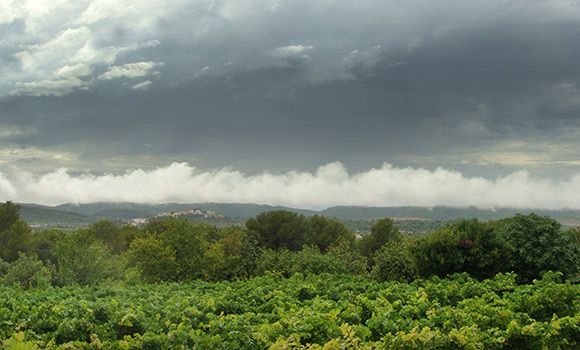 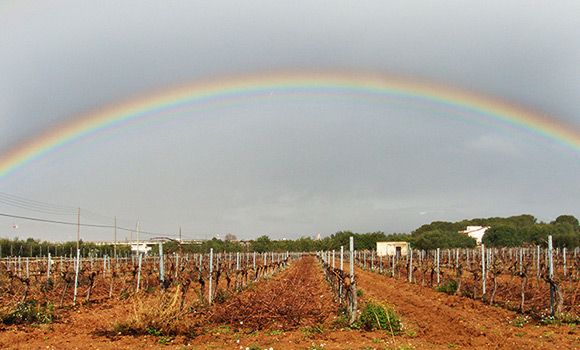 The climate is Mediterranean with hot and dry summers – an average of 25º C, rainy autumns with some windy days.

Winters are mild because of the influence of the sea- an average of 10ºC with rare frosty nights.

The annual average temperature is 16,6ºC

The average high temperature is 22,2ºC.

The average low temperature is 11,6ºC.

The annual precipitation is low (200 to 600 mm/year).The rains concentrate in autumn in a very intensive way and sometimes in a torrential one.

From October to April the “Mestral” wind blows from north-east. It is a tepid and dry wind.

Due to the masia situation on a little hill, two winds alternate predominantly: the one coming from the sea, the sea-breeze from midday to the sunset and then, after a little period of calm, the land-breeze begins to blow from earth to sea.
All these factors create a special microclimate: the vegetation receives humidity from the sea but it is well-ventilated. 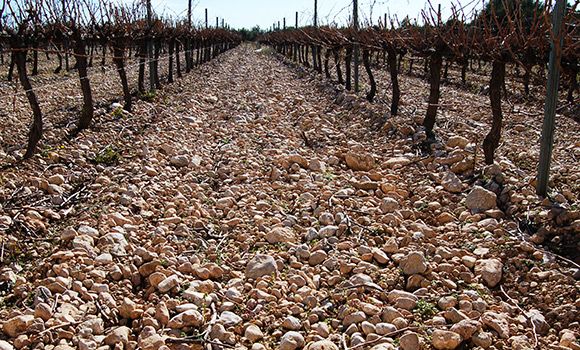 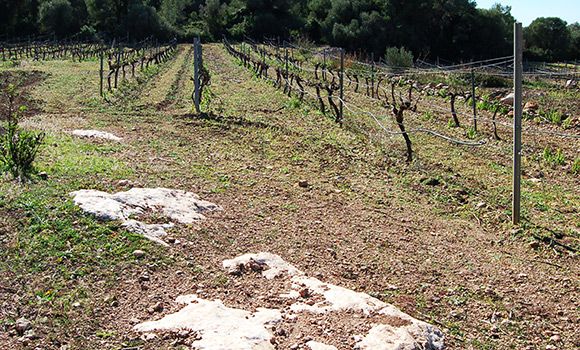 The ground is chalky, very permeable but of a great diversity around the masia.

The great part of the land state is formed by a fine ground of earth covering a very smooth rock named “tapassot” that makes cultivation difficult, it is in this kind of earth where the carob trees grow.

Parent rocks appear in the forest and in ancient times they were worked as quarries. The sea level oscillations in the quaternary era have left remnants of fossils testifying that during that time this ground hat been covered by the sea.

The vineyards are situated on the lowest part of the hill where the ground is richer and contain more organic materials but they all are not homogeneous. The lower parts are clayer and keep the scarce humidity better.
This ground variety and texture in a so little area favours the personality of our wines keeping in mind that the chalky grounds are the ideal ones for the vineyards.